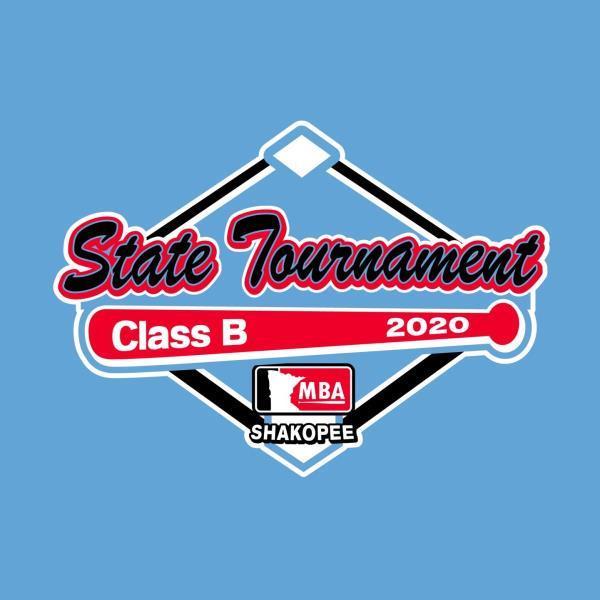 The 2020 Class B Tournament is down to four teams, with the Chanhassen Redbirds and  Moorhead Brewers facing off at 7:30 p.m. Friday at Joe Schleper Stadium in Shakopee. They beat Miesville and Cold Spring, respectively, to remain in the winners’ bracket, but it could easily have been the other way around. The Red Birds beat the Mudhens 2-1 and the Brewers beat the Springers 6-5 in 10 innings last Sunday (Aug. 30)

The tournament is now double-elimination, which means it takes two losses to be eliminated. Cold Spring will play Miesville at 1 p.m. Saturday, The loser will be eliminated and the winner will next play the loser of the Moorhead-Chanhassen game. The winner of the Brewer-Red Birds game will wait to see who survives in the losers’ bracket. Whichever team that turns out to be will have to win twice to take the crown on Sunday.

As defending champs, Chanhassen would appear to be the team to beat. The River Valley League East champs and top seed in Section 3B feature dominant pitching and a penchant for winning close games. Their MBA official site shows them losing 5-3 to the Eagan Bandits on June 21 and winning every game since.

Pitcher John Straka posted a 1.90 ERA in 2019 and was named tournament MVP. So far in this tourney, he has struck out 19 batters in 14 innings. Teammate Miles Nablo, who was also named last year’s All-Tournament Team, has saved two games in this year’s edition. Straka, a left-hander, had a record-setting career with the North Dakota State University Bison and has pitched for the Toronto Blue Jays’ Advanced-A team in Dunedin, Fla. Nablo was a relief specialist through 2017 with the St. Cloud State University Huskies.

The Red Birds have not dominated their games at Shakopee, having scored 14 runs while allowing 10, but seem to always find a way to win. They only managed four hits against Miesville in their 2-1 win, but two of them came in the eighth inning, sandwiching a sacrifice bunt and a groundout to manufacure what turned out to be the winning run. Thomas Thompson got the win in that one and Chris Choles, the save, indicating the team’s pitching depth.

Aaron Kloeppner, a starter on the St. John’s University team, is leading the Red Bird hitters with five hits in 11 at-bats. Derek Smith is 3-for-9.

The Moorhead Brewers beat the Springers 7-1 at Jack Williams Stadium in Fargo to win the top seed in Section 2B. The play in the Arrowhead West.

Righty David Ernst, a standout with the NDSU Bison through 2015, has two of the three tournament wins for Moorhead, having tossed 15 innings. He’s allowed three earned runs and nine hits, while fanning 14. Cole Christiansen has the other win, on a 5-⅓-inning stint in relief against Cold Spring in a rematch of the section final.

Joe Hallock, who plays college ball for the Concordia Cobbers, leads the Brewers with five hits in 10 at-bats. He’s scored three runs and driven in seven. Mike Peschel is 7-for-13 with two RBI.

Of the four remaining teams in this tournament, Miesville has scored the fewest runs (11) but has also allowed the fewest runs (4). The Mudhens’ ace, Jacob Dickmeyer, has two wins. Teammate Deryk Marks allowed only two runs in his 7-⅔ innings but got tagged with the loss against Chanhassen, Dickmeyer can boast a 1.00 ERA, having allowed two runs over 18 innings. He’s fanned 10 while allowing one walk and 14 hits. Dickmeyer toes the rubber for the SJU Johnnies, where he was MIAC Pitcher of the Year in 2018.

Matt Van Der Bosch and Tanner Vavra are leading the Mudhens’ attack. Van Der Bosch, who played for the Red Sox AAA team in Pawtucket, R.I. in 2006, has five hits in 11 at-bats with three RBI. Vavra is 4-for-13. Max Morris and Max Gamm are both hitting 3-for-10.

The Mudhens, who play in the Classic Cannon Valley League, finished second to Elko in Section 1B, but outlasted them at state.

The Cold Spring Springers had a .500 season (8-8, with one tie), but poured it on for the postseason. Two of those losses came against Class A tournament teams, including the Minnetonka Millers, who won the 2020 Class A State Tournament in St. Anthony.

The Springers beat the Moorhead Mudcats twice to advance in Sec. 2B. Their bats have been alive and they have scored 25 runs in their three tournament wins while giving up 11. That’s a +14 run differential, the best of the four teams still playing, for what it’s worth.

Jordan Barth, a junior at Augustana University, has nine hits (15 AB) to lead the tourney. Teammate Joe Demsey is hitting .500 with seven hits. Brian Hansen is 6-for-14 and leads Cold Spring with five runs batted in. Alex Jungels, hitting in the 9-hole is also 6-for-14 and has driven in four. If any of their games turn into a slugfest, the Springers would appear to have the advantage.

Pitcher Nick Pennick shut out the Anoka Bucs on two hits in the opening round. He got his second W against Elko, allowing three runs on eight hits over seven innings.

Miesville, population 125, has a storied history in Minnesota town ball. The city on Highway 61 has hosted baseball since the 1920s. The team took the name Mudhens in 1948, This is the Mudhens’ 32nd state tournament appearance. They have seven Class B championships to their credit. The Mudhens’ Hall of Fame has 30 distinguished members.

This is the 58th state tournament for the Cold Spring Springers, who have certainly established themselves in Minnesota town ball history. They have eight first place trophies, the last coming in 2014. The team’s first appearance came in 1924, when they took third place.

The Moorhead Brewers made their first state tournament in 1979 and have been back 19 times. Moorhead finished third in 2018.

This iteration of the Chanhassen Red Birds started in 2010, with the opening of Storm-Red Bird Stadium at the newly-built Chanhassen High School. Counting the 1949 appearance by the short-lived first iteration, this is Chanhassen’s sixth appearance at state. They are now two-time defending state champs and looking to add to their history.